(Organic) buckwheat is a herbaceous plant or dwarf shrub, of which there are 15-16 species in the more temperate zones of our planet. Originally, about 4000 years ago, the wheat species was mainly cultivated as a crop in China and Japan, today with 2.55 million tons annually worldwide (FAO 2013) mainly in Russia and China. It is a pseudo-cereal whose sprouts are rich in vital substances, high-quality minerals and easily digestible proteins. It is also gluten-free and alkaline.

Buckwheat benefits the food industry as a healthy grain substitute. The hulled seeds are processed into pearl barley, groats, semolina and flour, which are used to make porridge, soups or noodles. Intake can help with diabetes, varicose veins and high blood pressure. 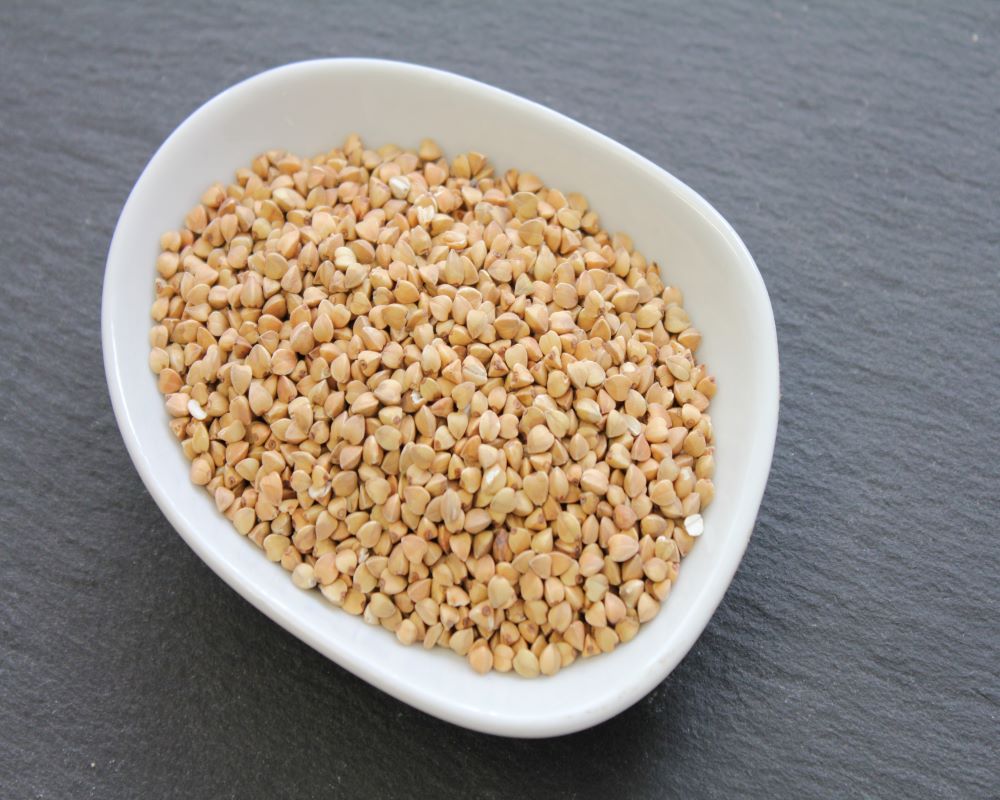