Millet is one of the oldest cereals and was used to make flatbread as far back as 6000 years BC. The millet plant, a sweet grass, needs sun and dryness, which is why it occurs naturally in the tropics and subtropics and is cultivated as a staple food in Asia and Africa. Millet is a grain very rich in minerals. Compared to other cereals, it contains a lot of silicon, iron and vitamin B6. According to the FAO, a total of 91.3 million tonnes of millet were produced worldwide in 2013.

It is a staple food in many regions of Asia and Africa, where the seeds are processed by the inhabitants into a rich porridge. In Europe it is also used as animal feed, especially for birds. As it is a gluten-free grain substitute, millet is also used in baked goods and for brewing beer. In industry, different types of millet are each used as a natural fibre, cellulose ethanol and energy crop for biogas. 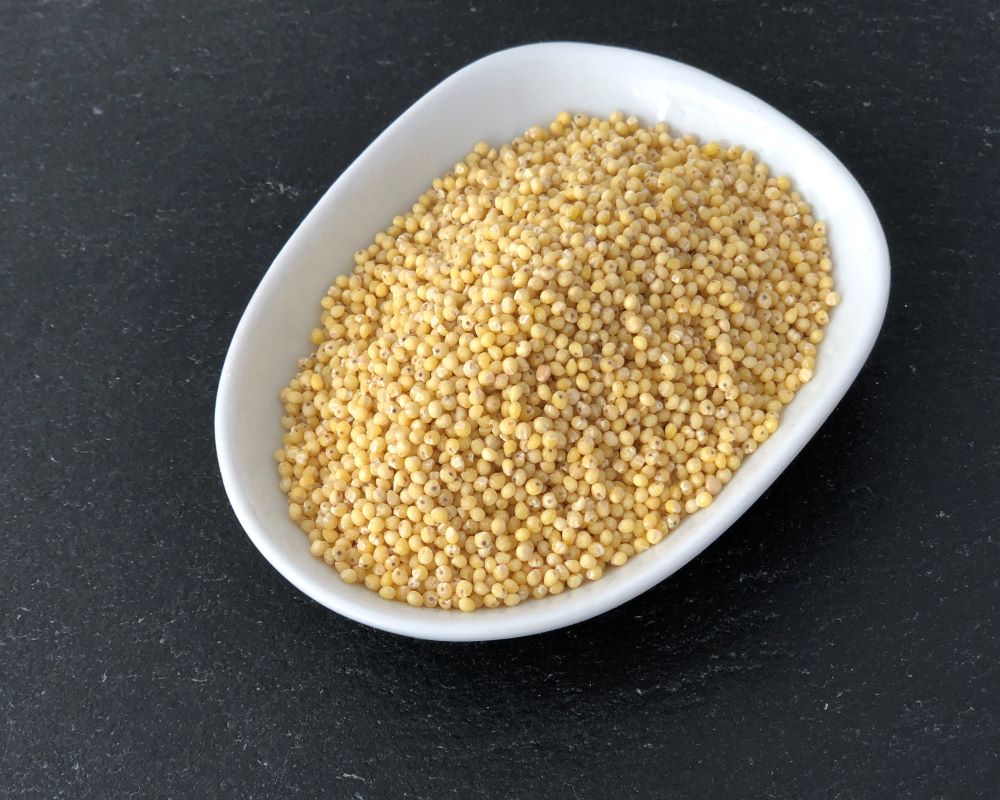