Soybeans belong to the legume family and are the world’s most important oilseed, with 253.1 million tonnes produced (2012). Evidence of soybean cultivation as a crop dates back almost 4000 years. Soy is characterised by its high protein content of about 37% and the similarity of protein quality to animal protein, which makes soy a unique protein crop. Soybeans also contain around 20% oil and are rich in phytoestrogens. These are secondary plant substances that have a positive effect on hormone levels and their effects.

Only about 2% of soybeans are directly consumed as food, as most soybeans are used for oil production. The soybean oil can serve as food or be used industrially, as biodiesel or for paint production. The by-product from oil pressing, the soy cake, which represents about 80% of the mass, is used as protein-rich feed in livestock production. 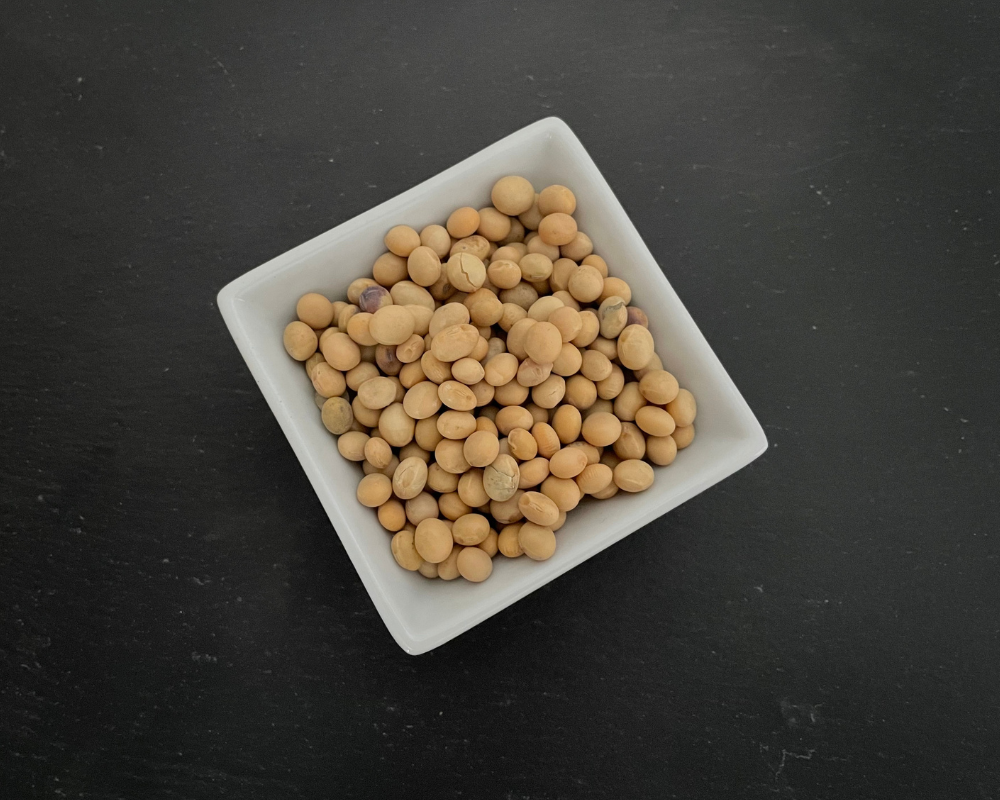